Only 1 day to go! In the concluding part of our blog series counting down to the 20th West Dean Chilli Fiesta, we take a look at some of our long serving exhibitors that have been with the festival all through it's adolescence and awkward teenage years! And they're back again this year to see the Fiesta turn 20 : )

Simpson's Seeds are a small family run business, located in west Wiltshire, operating out of the kitchen Garden on the Longleat estate. They specialise mainly in tomatoes, salad crops and of course chillies! However, we all know that you can't write off the little guy! Just ask this small selection of underdogs…

Ok…maybe a tad dramatic there…and the last one was fictional. Sorry folks. But the fact still remains, the little guys can do great things! Matt Simpson visited the Fiesta in 1999 and has been an exhibitor with his kitchen garden supplier every year since. Simpson's Seeds have a huge range of chilli seeds and plants at their disposal (see Sarah Wain's top 10 chilli varieties), but have made headlines for one rather special spicey specimen in particular…and her name is Katie.

The fruit of one of Matt's Habanero Chilli plants, affectionately known as 'The Katie', is the hottest ever grown in the UK! Weighing in at an eye watering 1,590,000 Scoville heat units (the standard heat measurement system), it's certainly not to be messed with (as Matt ill-advisedly did in this clip).

What's even more fascinating however, is the way Matt managed to get The Katie's SHU to surpass the old record by a whopping 200,000 units. Supposedly, it was done by denying it water, pretending to be a predator and even shouting at the plant!

It may sound extreme…and a bit weird. But the results speak for themselves. Plus I think there are patterns here that the regular chilli enthusiast can draw parallels with when monching on their favourite fiery fruit. It's that little bit of lunacy resulting when its over in a heady mix of relief and a large sense of accomplishment. ;)

Watch out for Matt at this year's West Dean Chilli Fiesta on the 7th, 8th and 9th of August. He'll be bringing with him a very special 'Celebration Sauce' to mark the Fiesta's 20th anniversary! I can't wait! :D 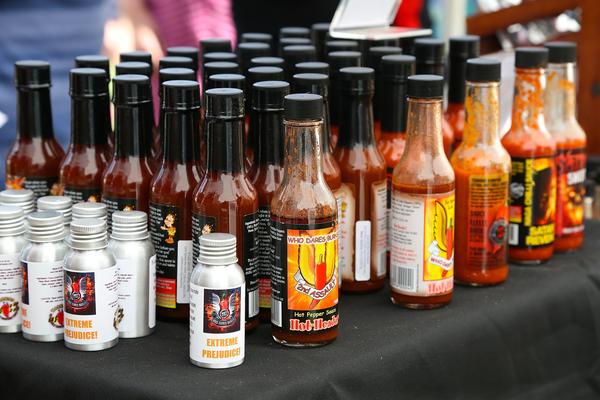 Hot Headz are a producer of pretty much every chilli-related sauce, snack and item of clothing you can think of! After exhibiting at the West Dean Chilli Fiesta for a number of years now, they've been a firm favourite with festival-goers since the Fiesta's creation and always delight in 'playing with fire'.

'fire' is absolutely the right word, as for these chilli lovers, the hotter the better! So if you fancy a challenge, visit them at the Chilli Fiesta this weekend for a spicy surprise! 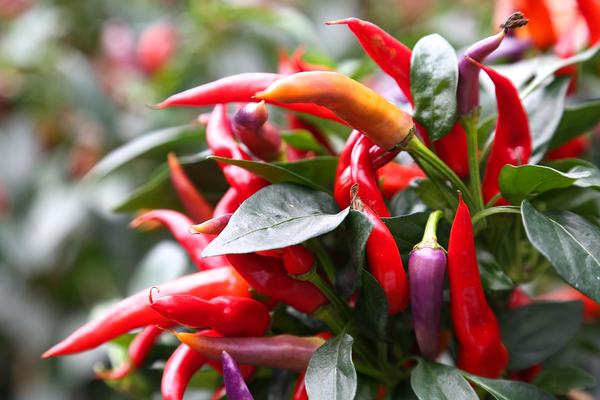 Much like Simpson's Seeds, Sea Spring Seeds are a producer of all kinds of salad crop seeds, tomato seeds, chilli seeds and whole plants for any keen gardener or chef looking for top quality local produce!

But the chillies are what we're really interested in and Sea Spring Seeds don't disappoint for the chilli enthusiasts amongst you! They're home to over 60 varieties of Chilli seeds (many unique to Sea Spring Seeds) including the Dorset Naga!

You can visit all of these wonderful, chilli-loving exhibitors and see them live in the Gardening Theatre at the West Dean Chilli Fiesta this weekend (7th, 8th & 9th August). Get a flavour for what makes them a special, spicy treat to have here at West Dean Gardens.