Under the directorship of Andrew Gough, West Dean College once again offers the celebrated International Classical Guitar Festival in the idyllic and relaxing surroundings which make this the perfect setting for concerts, lessons, masterclasses and ensemble coaching.

Course structure
The 2022 Festival includes an intensive timetable of events and instruction in a wide range of areas; repertoire classes, ensemble performing, guitar orchestra, individual lessons, ‘the Learning Zones’, and solo masterclasses. A full list of the learning opportunities is in the outline programme and timetable.

Course level
The carefully planned and highly varied programme will appeal to all enthusiasts, from grade two level experience all the way to advanced. The course is open to anyone aged eighteen and over.

Evening concerts and recitals
In 2022 we can look forward to an exciting series of evening recitals by international concert artists, performing solo and guitar quartet repertoire. The evening series commences on Saturday with a solo concert with Daniela Rossi. On Sunday there is a lecture-recital with Hugh Millington and on Monday there is a concert with the ever-popular Gary Ryan. We then conclude the series on the Tuesday with a performance by the Mēla Guitar Quartet.

Open Day
The Open Day on Sunday 14 August (12.30pm – 7pm) will again celebrate all things guitar; with a wide selection of guitars and music on display and a variety of events to enjoy, including a guitar makers’ showcase with Mark Ashford, masterclass with Daniela Rossi, and the 6pm lecture-recital by Hugh Millington.

Please note: Details of the guitar open day and evening concert series are correct at time of publishing, and will go ahead providing no further changes are necessary due to the Coronavirus pandemic. Read our Covid-19 policy here.

A classical guitar weekend will also be taking place with Andrew Gough and Gary Ryan 1-4 April 2022. Read more and book

Ensemble playing
These sessions provide important awareness of reading and listening skills, and also help with rhythm and counting. Participants are allocated a place in a medium sized ensemble with students of a similar standard. The course concludes with a performance by the ensembles on the Thursday morning.

Guitar Orchestra
This year the orchestra welcomes the return of Gerald Garcia as guest conductor. These exciting rehearsals with a larger group of players culminate in a final performance at the end of course concert. Orchestral parts will be emailed out in advance.

Masterclasses
In 2022 we are pleased to offer soloist masterclasses with Daniela Rossi and Gary Ryan. (N.B. All masterclasses require a video audition; application deadline: 24 June 2022, please complete the relevant section on the Musical Details Form.)

Private lessons
Each course participant will receive two 30-minute individual lessons. Please note that playing in a Masterclass is regarded as one lesson.

Repertoire Classes
These are sessions where students may perform 'own choice' items in front of a small group, thereby providing helpful and positive feedback from the tutor to improve the performance.

Small Ensembles Coaching
These classes will run alongside the repertoire classes but have the specific aim of assisting small ensembles, especially pre-existing groups attending the Festival, with their repertoire and performance techniques.

Student Concerts
These concerts provide a great opportunity for course members to try out their pieces in public, and this year will again include an informal debut recital for those students for whom this would be their first public performance. There will be three lunchtime concerts, plus an evening concert on Wednesday.

Technique Workshops
These increasingly popular ‘question and answer’ classes provide students with the opportunity to discuss, and find ways to improve, a variety of technical issues.

'The Learning Zones'
Consisting of a series of lectures and practical workshops covering a wide range of musical and technical aspects of guitar performance.

Theory Classes
Following the success of these classes previously, Andrew Gough will again be discussing the practical application of music theory to guitar repertoire and exam preparation.

Alexander Technique – an optional extra with an additional charge, these one-to-one Alexander Technique sessions are with Carolyn Nicholls, a world renowned Alexander Technique expert who loves working with musicians. Individual 30 minute lessons available on Monday and Tuesday – £37 each. To pre-book a place, please indicate on the Musical Details form and you will need to pay Carolyn directly at your session (cash payments only please).

About the Guitarists and Tutors

Mark Ashford – Head of guitar at the Royal Birmingham Conservatoire. International soloist, adjudicator and recording artist. He is a member of the Vida Guitar Quartet.

Raymond Burley –  One of Britain's most experienced classical guitarists having performed solo concerts, concertos, on film scores, radio, and television and in virtually every possible guitar ensemble combination.

Mēla Guitar Quartet – In 2015 Matthew Robinson, George Tarlton, Daniel Bovey & Jiva Housden formed the Mēla Quartet and have since recorded two CDs and regularly toured with their wide ranging selection of arrangements and new works for guitar quartet. We look forward to hearing their West Dean debut in the final concert of the 2022 festival.

Hugh Millington – Graduate of The Royal Academy of Music and Cambridge University who now regularly performs in the Miyabi Duo with Saki Kato. Hugh will be giving his West Dean debut performance during the Open Day with a lecture-recital on the music and guitars of the 19th century.

Daniela Rossi – Award winning Argentine guitarist and teacher, known for her interest in the music of Guilio Regondi, Latin America, and the dedicatee of new works by composers including Vincent Lindsey-Clark and Dusan Bogdanovic.

Helen Sanderson — Helen is Head of Guitar at the Royal Welsh College of Music and Drama, Artistic Director of the World Youth Guitar Festival and NYGE, adjudicator and chamber musician.

Bursaries are available to first study classical guitarists aged 18 – 24, especially those who are studying towards a music degree. If you wish to apply, please download and complete the Classical Guitar Festival Bursary Application Form here. 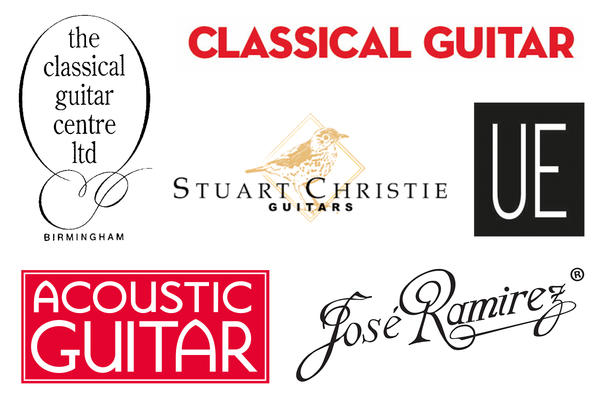 The College gratefully acknowledges the support of: