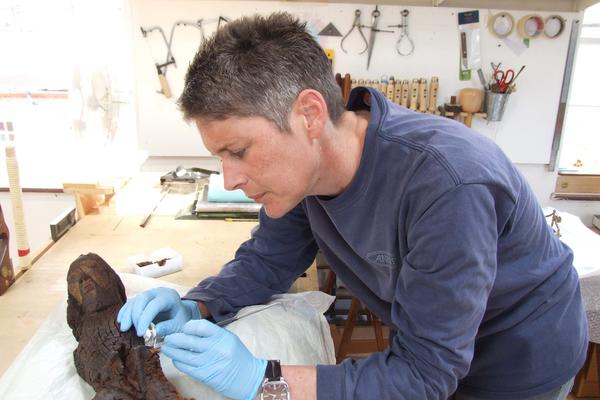 On leaving West Dean in 2012 I was fortunate to be offered an HLF Skills for the Future Internship in organic conservation at Royal Museums Greenwich (RMG). This site incorporates the National Maritime Museum, Royal Observatory, Queen's House and Cutty Sark. This was a wonderful opportunity, working under the guidance of Glen Smith, a fellow West Dean alumnus, on a wide range of objects including furniture, clock cases, a broad spectrum of ethnographic and marine related objects and, of course, ship models.

On completing my internship I had a brief interlude as a Conservation and Engagement Manager with the National Trust, before being offered a permanent position back with RMG two years ago. Since then I have progressed from assistant organic conservator to a conservator role which now encompasses organics and preventive.

As a museum we are on an exciting journey of large capital projects, which has included the renovation of the Queen's House, the ongoing build of a new conservation and collections centre to maximise our public engagement potential, and the redevelopment of a wing of the Maritime Museum to include four new permanent galleries. The role is diverse and demanding, but always rewarding.