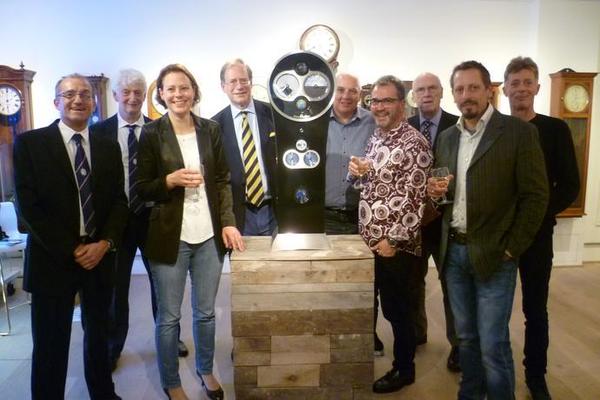 "I came to West Dean to study the conservation and restoration of antique clocks, my dad was a clockmaker and when I was growing up, I used to spend hours tinkering in his workshop and making things on his lathe.

I studied for two years at West Dean and in my second year, I spent my evenings and weekends designing and building my first clock. It was a busy year, but it made me realise that clock making, rather than restoration, was what I really wanted to do with my career.

Becoming an independent clockmaker doesn't happen overnight though, and when I left West Dean, I set up a restoration workshop in Bath. A loan from The Prince's Trust was invaluable in helping to pay for the tools and equipment required, and the timely retirement of my father helped enormously with the establishment of a customer base.

As well as my day job in the workshop, I also regularly give talks to various British Horological Institute branches. It was following one of these talks, that I secured private funding for our most recent work The Solar Time Clock."

About the Solar Time Clock

The Solar Time Clock is the first super complex mechanical clock, which comprises of over 750 hand made parts, which can be set for longitude and latitude, allowing it to tell the time virtually anywhere in the world. No other mechanical clock has ever been made with such a complication.

So notable is the clock that negotiations are taking place for it to be displayed in the Worshipful Company of Clockmakers' Museum, within the Science Museum, London.

Find out more about courses specalising in clocks