Recently, full-time Fine Art students – studying on the Graduate Diploma and the Master of Fine Arts programmes – made a group visit to the De La Warr Pavilion in Bexhill-upon-Sea, joined by members of staff and a few Friends of West Dean College of Arts and Conservation. They were given a personal tour of the current Renee So exhibition, Ancient and Modern, by Rosie Cooper, the De La Warr’s Head of Exhibitions. Renee’s show has special significance for West Dean as it is the culmination of a collaborative project with the DLWP that began as an Open Call in the summer of 2018 and included a three-week residency within the Fine Art department.

Rosie discussed a range of themes within the exhibition as well as talking in detail about selected works, bringing in the artist’s personal associations with materials, processes and references – from the inclusion of the first hand-woven piece Renee ever made; a bespoke room divider constructed from material sourced from old clothing; to myriad connections to the historic Bauhaus art school, currently celebrating its centennial year. Many of Renee’s works involve connections to images / objects that function as shorthand for symbols of power, often identified with patriarchal structures and institutions. Renee’s sculptures creatively subvert those frames of reference in order to speculate about a ‘redistribution’ of that power – for example, as an act of solidarity, such as with female Bauhaus students who were restricted to working within the weaving department by the male-dominated institution. Renee stages these symbolic mash-ups both within individual objects and across the collected arrangement of works (in this case all made of this show). The conscious mixing of iconographies – from pre-Columbian and Egyptian motifs, to nods to pop culture and satire – is also at work in the large-scale ceramic figures included in the show. Many of these were made using the facilities at West Dean, as Renee made the most of the large kilns, often with only millimetres to spare! During the residency Renee worked alongside pottery tutor Alison Sandeman, so Ali’s presence on the tour meant that further commentary about the particular qualities of stoneware clay, and the inventive solutions developed in order to spray glaze on large objects, added extra detail.

The students were also able to see the concurrent exhibition by Mikhail Karikis, I Hear You, a moving exploration of the infinitely nuanced forms of communication – tacit, sonic, tactile, verbal – that occur between carers and those being cared for. Following a lunch at the top of the Pavilion, the group was then taken on a tour of the building. Our guide detailed the ethos of the pavilion as an innovative space for art, culture and recreation, pointed out countless details of its iconic modernist design (as well as images if its life since opening in 1935) and the stories of its designers Erich Mendelsohn and Serge Chermayeff, refugee and émigré respectively – serving as a timely reminder of the importance of open, progressive exchanges of creativity and community in the past, present and future.

Many thanks to all at the De La Warr Pavilion for such a fascinating visit.

If you're interested in studying Fine Art - Graduate Diploma or MFA - pop along to our next Open Day on Saturday 8 February to find out more. 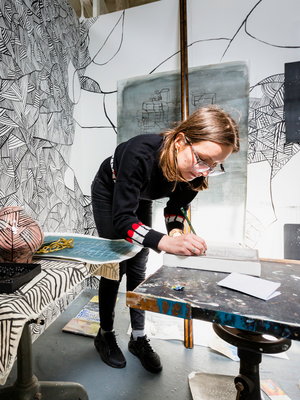 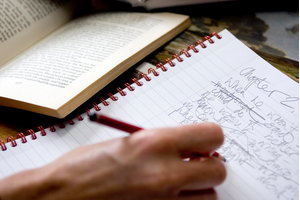 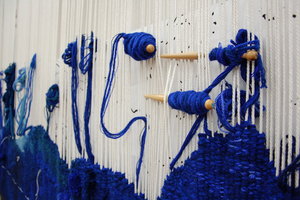 Apply today for a degree or diploma in arts at West Dean College of Arts and Conservation: Courses include: