Tapestry weaving project of the century

An exhibition Weaving the Unicorn that tells the tale of the biggest tapestry project undertaken in the UK in over 100 years opens today at Stirling Castle. Part of a project to return the interiors of Stirling Castle, the palace of James V, to how they might have looked in the 1540s when it was home to James' daughter, Mary, Queen of Scots. Historic Scotland commissioned West Dean Tapestry Studio to weave a series of tapestries based on a set of seven 15th century Flemish tapestries The Hunt of the Unicorn held in the Metropolitan Museum of Art, New York. It was known from royal inventories that when James V built the palace he owned over 100 tapestries, however there is no record of what happened to them.

Over the years a team of Master Weavers, led by Caron Penney, West Dean Tapestry Studio Director (2009 - 2013), carefully recreated and reinterpreted the Hunt of the Unicorn tapestries, six of which now decorate the Queen's Inner Hall at Stirling Castle. The largest of these measures over 3.3m high by 3.8m wide. The final tapestry in the series is due to be installed in the palace this summer. The West Dean project team consisted of 18 weavers from around the globe, including weavers Katharine Swailes and Philip Sanderson who was shortlisted for the John Ruskin Prize, Recording Britain Now. 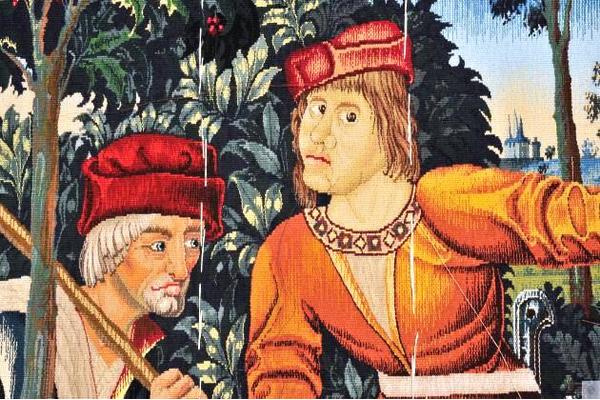 West Dean Tapestry Studio is the only studio in the UK and Europe, and possibly worldwide, with its own dye laboratory which means the weavers and designers are able to create bespoke colours in-house for the yarns used. Weaving techniques used on the Hunt of the Unicorn dates back to the 1400s.

"The beginning of a project is an intense time with a number of activities occurring simultaneously, such as making the warp, drawing the cartoon, setting up the loom and dyeing the yarn. As the palette of dyed yarns began to emerge, we weaved small sample pieces to ensure the colours were precise," says Philip. 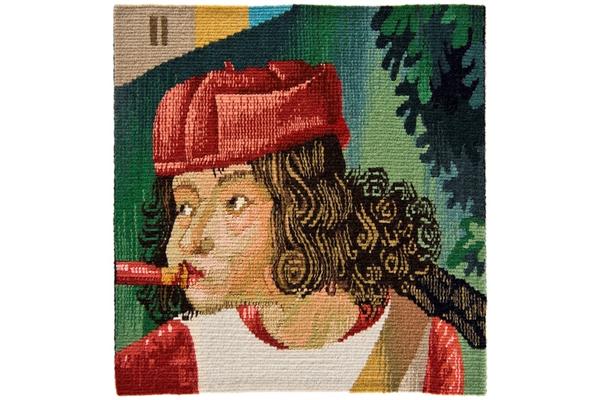 For the first time the weavers' story of the project will be told through the new exhibition, Weaving the Unicorn, the final part of the journey to recreate the palace of James V.