Be inspired by trees in the Gardens and the Arboretum

The second of a series of posts to keep you in touch with the inspiration found in the grounds and gardens of West Dean College of Arts and Conservation.

Use these photographs as inspiration and start or continue with your West Dean Sketchbook project. Share your experiments, sketches, paintings and making with us on social media (@westdeancollege) and using #westdeantogether.

St Roche's Arboretum, 20 hectares, is one of the less well known delights within West Dean's designed landscape. Historically, the Arboretum has been known for its collection of large specimens of North American conifers that grow surprisingly well on the thin clay soils overlying chalk. Indeed, the late, internationally renowned, dendrologist Alan Mitchell commented on their quality by saying that "the Arboretum has all the character of a North American forest" and despite the depredations of weather and age this remains true to this day.

It is also the burial place of our founder, Edward James, who had a particular passion for trees and the arboretum and who specifically asked to be buried surrounded by the woody guardians that he loved so much.

This is a group of Thuja plicata or Western Red Cedar.

It’s native to North West America and can achieve a large specimen of around 70m. Thuja groups that are planted or are growing densely together tend to display this growth habit whereby they raise their crown, leaving bare stems to maximise the amount of light that their leaves are exposed to at the top of the canopy.

The species name plicata derives from the Latin word plicāre and means "folded in plaits" or "braided," a reference to the pattern of its small leaves. 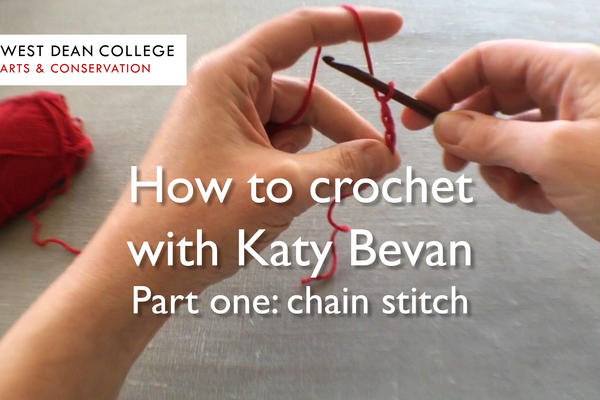 For further creative inspiration, why not check out our series of bite-size tutorials from the College’s expert Short Course Tutors.

With the hope to keep you connected with creativity and each other, and provide inspiration while we all stay at home, many of the tutorials focus on materials you may already have; try drawing a charcoal self-portrait, fill a sketchbook with mixed media collages or learn the basics of crochet.