Throughout 2018-19 West Dean College will host a series of live concerts under the banner Salon Imaginaire. These concerts will celebrate the ongoing artistic legacy of college founder Edward James, tracing a creative lineage between the artists he supported during his lifetime, and some of imaginative worlds created by music makers at work today.

Salon Imaginaire #2 presents live performances from Collectress and Sonic Pleasure and will premiere an improvisation between the two.

This is a Pay What You Decide event. Please register to secure your seat.

Please visit our SoundCloud page to listen to tracks by Salon Imaginaire musicians. 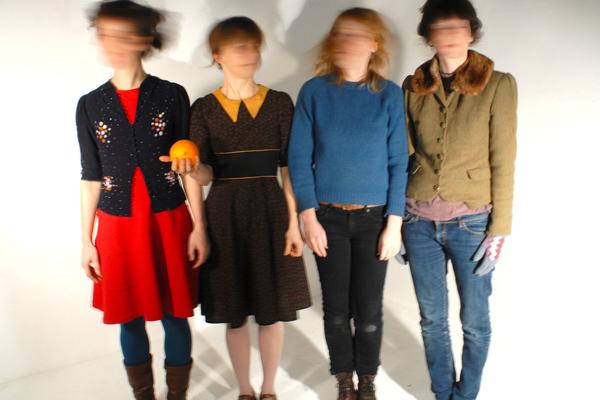 Their collective ethos, aesthetic and approach are inspired and informed by the practices which complement their performing lives: visual art, composition for film and TV, dance for camera, music informatics and free improvisation. Collectress are a band of process and resourcefulness, and like you to hear as they make. Their broad and dense experimental structures utilise voice, toy instruments and found sound samples alongside layers of more traditional, often romantic, strings, keys and woodwind - violin, viola, cello, flute, piano and guitar. They rail against the airbrushing of an autotuned music industry and record most of their music live, in situ and as a group.

Described as "possessed Brontë sisters teasing an unsuspecting dinner party" (Foxy Digitalis), Collectress are a quartet of musical collaborators from London and Brighton. Their music treads a joyful line between the intricate and organic, with a nod to everyone from Philip Glass to Bach to John Adams, improvisers like The Necks to lo-fi chamber groups such as Rachels.

With a collective biography of collaborations which includes some of the UK's most innovative musicians and performers, including Bat for Lashes, Penguin Café, Philip Selway (Radiohead), Icarus, Ron Caines (East of Eden), Mary Hampton, Patrick Wolf, The Paper Cinema & Secret Cinema, Collectress craft music both daring and unique, but also compellingly familiar and filmic. Recent and forthcoming invitations include: performances at The National Portrait Gallery, Union Chapel, King's Place and The Southbank Centre's WOW Festival; live film scores at the Roundhouse, Greenman Festival & National Portrait Gallery and an installation and performance in response to the Bergman Österberg Archive, Stephen Lawrence Gallery. They were PRS Women Make Music award winners in 2013. 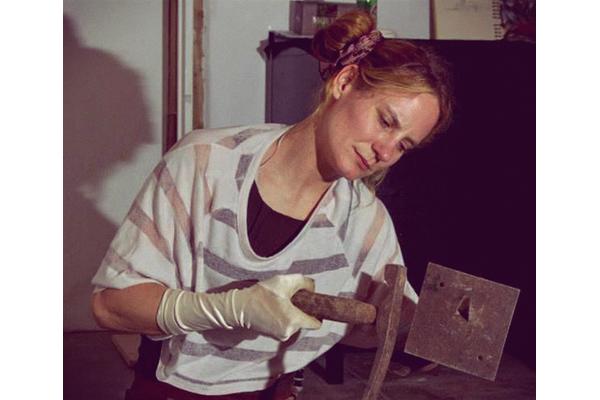 Her instrumental set-up is 'masonry and tools' and she has dominated this niche since 1999 always maintaining a smashing sound-world and a painstakingly orchestrated barrage of sparks and debris. In this field she has recorded, performed and loved working with Mick Beck, Derek Bailey, Alex Ward, Tony Bevan, Simon Fell, Lol Coxhill, Matt Wand, Jude Cowan Montague, the Bohman Bros and other spectacular musicians. Sonic Pleasure, aka Marie-Angelique Bueler, composer / improvisor, (b. 1975) has studied with Martin Butler, Michael Finnissy, Jonathan Harvey, Nicola LeFanu and others. Her performances / recordings include Dust Parade (for orchestra) and Refry (solo accordion). Sonic has composed scores for every imaginable combination of instruments, steeped in the style of the late C20th with strong hints of the US sound inventors. Most importantly her band of many years, Crush!!!, consists of Ian Smith (trumpet) and Mark Browne (sax and 'stuff') and its aims are old school. Her work has featured on Resonance FM and on BBC Radio 4.

Pay What You Decide

PWYD works by enabling audiences to attend shows without paying for a ticket beforehand, but tickets can be reserved prior to a performance. Then on exiting the show, you have the opportunity to pay what you decide you want to, or can afford to, based on your overall enjoyment of the performance.

Please ensure you have arrived and collected your tickets 15 minutes before the show starts in order to secure your seats. At the end of the show, you can decide what to pay, by cash on the door.