Renee So exhibition at the De La Warr Pavilion

West Dean College's Artist-in-Residence, Renee So, will exhibit an entirley new body of work at the De La Warr Pavilion from September 2019 - January 2020.

Join us at the preview of the exhibition on Saturday 28 September. Full details on the DLWP website.

The exhibition, Ancient & Modern, includes hand-woven textiles, furniture, and ceramic works that refer to representations of the female figure in prehistoric cultures. A tiled mural is based on the Egyptian goddess of the night, Nut, her body bent in a yoga-like pose in order to provide shelter to the earth; other ceramic sculptures are reminiscent of pre-Columbian figurines of Venus. These continue So's on-going investigation into ceramic vessels that people across the world have made to drink and eat out of for thousands of years.

Pottery and textiles represent some of the earliest forms of material culture. So uses imagery found within these histories to make gently satirical commentary on contemporary social codes and power structures. By using traditional craft techniques such as weaving, knitting and pottery, Renee So addresses the hierarchy between craft and art; the former is traditionally seen as women's work - less serious, domestic, invisible and un-authored - while the latter is still often associated with the idea of the (historically white and male) lone genius.

Renee So's exhibition is one of several projects taking place at the De La Warr Pavilion throughout the year that mark the centenary of the Bauhaus School, founded in Germany in 1919. One of the most important art schools of the 20th century, Bauhaus teachers and students believed in the integration of design, technology, craft and fine arts into daily life. So is especially interested in the legacy of female makers of the Bauhaus, many of whom are lesser known than their male counterparts, and who were often pushed towards craft practices within the school. So's new pieces also refer to Anni and Josef Albers' collection of pre-Columbian figurines and textiles, a collection that reveals the influence of non-Western culture on the modernist movement.

This exhibition emerges from a residency initiated by the De La Warr Pavilion and West Dean College of Arts and Conservation. Renee So was selected from an international open call that offered an artist time, space and facilities for making new work, as well as access to a variety of resources and facilities, including the historic West Dean House and the College's collections and archives.

Kindly supported by The Elephant Trust and The Golsoncott Foundation. 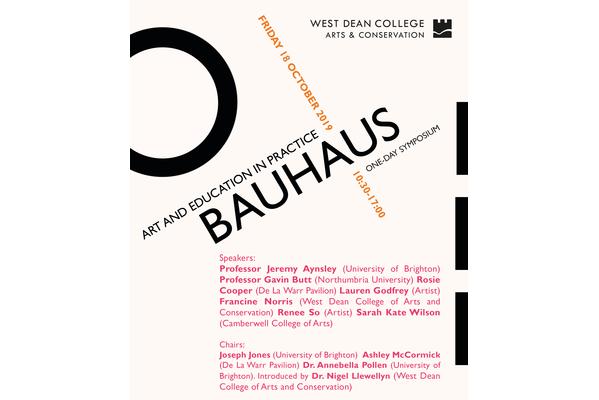 A symposium organised in conjunction with Renee So's exhibition at DLWP will take place at West Dean College of Arts and Conservation on Friday 18 October.

The symposium celebrates the centenary of the Bauhaus School of Design and questions how the innovations in teaching and creative practice it is known to have fostered continue to underpin, inform and challenge both arts education and contemporary art practice. 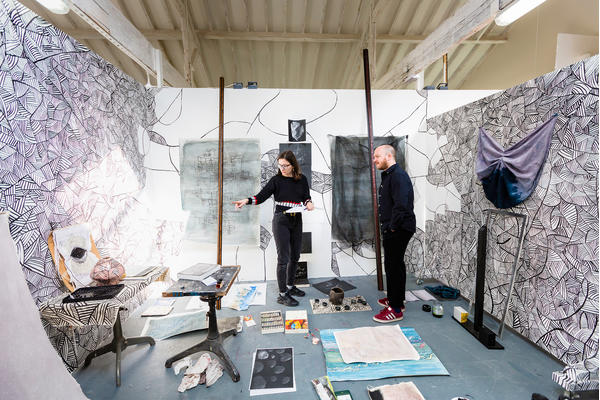 Residencies at West Dean College of Arts and Conservation

The West Dean College of Arts and Conservation residency programme provides professional artists, writers, and makers the opportunity to work on-site for a period of one to three weeks.

Co-ordinated alongside the full-time Fine Art and Creative Writing and Publishing programmes, the residencies are designed to support contemporary practitioners to develop their work, experiment with new materials, and access expert advice. The residencies continue the legacy of Edward James by supporting early-mid career artists, encouraing making and sharing knowledge. All resident artists engage with the students by providing tutorial support, leading workshops, and giving presentations on their practice.