West Dean College of Arts and Conservation is celebrating International Women's Day 2019 by highlighting the work of women across the College. This year we are focussing on writing, weaving, and composing, and showcasing our residency programme and the professional Tapestry Studio. West Dean is committed to providing equal opportunities across all of its activity in the arts, conservation and making, as well as its support staff, and are proud to support International Women's Day #BalanceforBetter campaign. 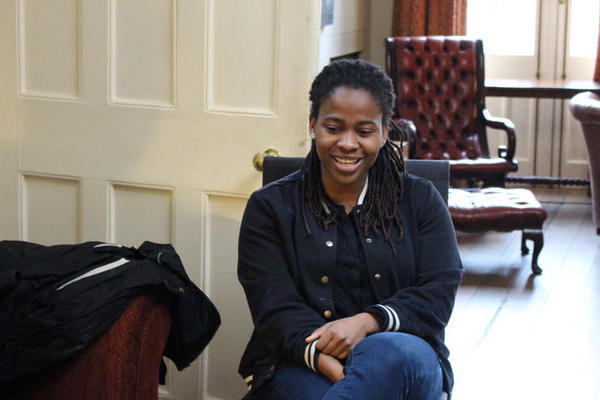 Rutendo Chabikwa was Writer-in-Residence at West Dean College in December 2018. This partnership residency, organised in collaboration with Myriad publishing, is awarded to the winner of the annaul First Drafts Competition. Rutendo Chabikwa was chosen for her short story about mental anguish and depression 'Todzungaira' which will be published in Myriad's New Daughters of Africa edited by Margaret Busby.

Twenty-five years ago, Busby's anthology Daughters of Africa was published to international acclaim and hailed as 'an extraordinary body of achievement… a vital document of lost history' (Sunday Times), and 'the ultimate reference guide' (Washington Post).

New Daughters of Africa builds on this rich tradition for a new generation of women writers in the landscape of African women's writing today. The book will be launched at the Southbank Centre on 9 March as part of the WOW - Women of the World festival.

The Writer-in-Residence programme is part of the MA in Creative Writing and Publishing. 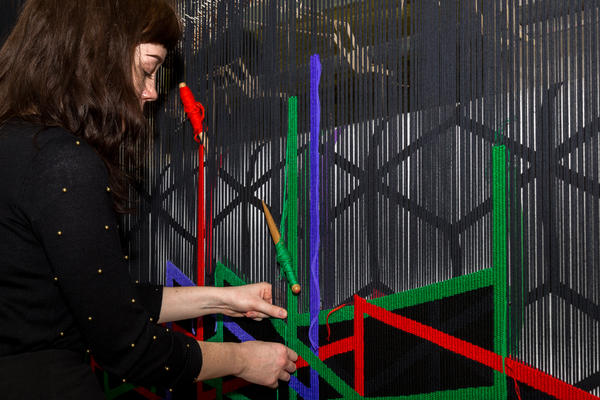 Eleanor Rudd is a Fine Art graduate from Portsmouth specialising in traditional tapestry techniques and chemical dyeing. Having graduated from Chichester University in late 2017 she now works at the West Dean Tapestry Studio as a Trainee Weaver.

Eleanor first came to the Tapestry Studio as a placement student where she was able to further her knowledge of studio weaving and learn about traditional weaving and the dyeing processes.

After finishing her degree Eleanor was appointed as Trainee Weaver to work on the Eva Rothschild tapestry, a project that was the result of an Open Call in 2016. Over the course of the project Eleanor was able to hone the skills she had developed throughout university and during her placement and put them to practice in a real working environment. The Rothschild tapestry, entitled 'The Fallowfield', went on display at Collect in February of 2018 and is soon to be on display as part of nationally significant collection.

Eleanor is currently working on a tapestry for Charter House, London, which is due to finish in the spring. 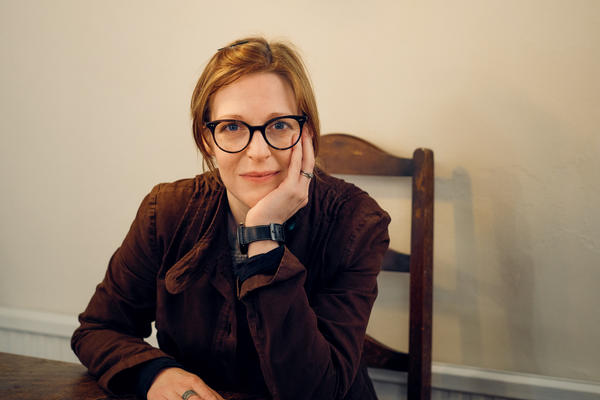 In October 2018, Mary Hampton became the first West Dean Composer-in-Residence. This year-long residency provides Mary with the time to research and write, work with the College's Viol Group, and curate the Salon Imaginaire concert series. The residency provides a unique chance to draw on the cultural legacy of West Dean through its founder Edward James whose enthusiasm for bringing together experimental approaches and facilitating collaborations has inspired the programming of the concerts. The series, supported by the PRS Foundation, includes live performances from some of the most outstanding musicians working today such as Laura Cannell, Bunty Looping, Serafina Steer, Lisa Knapp, Diane Cluck, and Sarah Angliss.

Mary will be producing a soundtrack for Edward James and Tilly Losch's 'Hawaiian Honeymoon' video. This home video from 1931was digitised in 2018 and will be premiered, along with Mary's soundtrack, at the West Dean Arts and Craft Festival.