With so much to think about it would perhaps be easy to ignore National Authors day, particularly if we are not sure what it is for. I rather liked the idea that perhaps it was the day when all of the authors got together in a big house somewhere and swapped books, wrote poems and maybe ate some deep fried clams, but there is no house big enough and some of us aren’t sure what a clam is (by the way, November 2nd? National Bison Day, even in countries that don’t have Bisons).

National Authors Day has a little history. In 1928 Nellie McPherson, the then chair of the Illinois Women’s Club proposed to her fellow members a day dedicated to authors and authorship. She was a teacher and avid reader and had nursed the idea for over a decade. She had been recovering from illness in a hospital during WW1 when she wrote a letter to the author Irving Bachelor thanking him for his book ‘Eben Holden’s Last Day A’Fishin’.

He replied with an autographed copy of another story he had written. She was touched by this show of gratitude by her favourite author and developed the idea of a day to honour authors and authorship. It has been celebrated every year since1949.

Whilst it began as an opportunity to acknowledge the traditionally isolated labour of the author; to exchange a simple appreciation between reader and writer the National Day Calendar suggests a good way to observe it is to buy books. Now buying books is always a good idea in my opinion but perhaps there are other ways to think about National Authors Day beyond shopping opportunity? 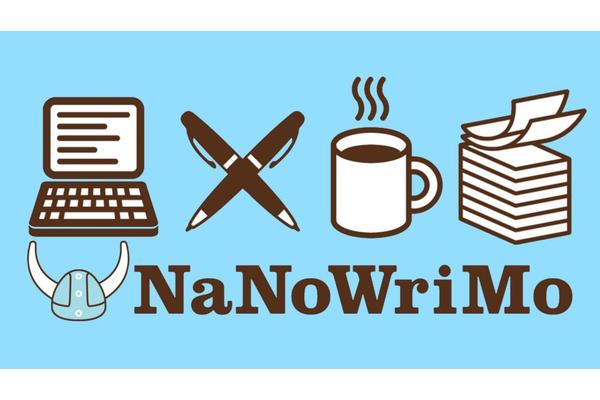 November also marks what has come to be known as National Novel Writing Month or NaNoWriMo. NaNoWriMo is at heart a writing event. If you have ever thought about writing a book, perhaps started one only to find yourself too busy hoovering the fridge or alphabetising your CD collection to carry on, NaNoWriMo might be worth thinking about?

At West Dean we benefit from a host of experienced and talented novelists teaching our students and many of them sing the praises of NaNoWriMo, indeed some of them use it to produce whole drafts of books  that have gone on to be very successful.

It might be daunting of course but writing is isn’t it? It might challenge your inner critical editor who wants you to hone that first 350 words for the fourteenth time rather than press on to the average of 1667 words a day that NaNoWriMo says is required but it encourages writers to write, to be productive, to quite simply move the idea of writing up the list of tasks you give yourself each day to the point where it becomes a non negotiable responsibility. 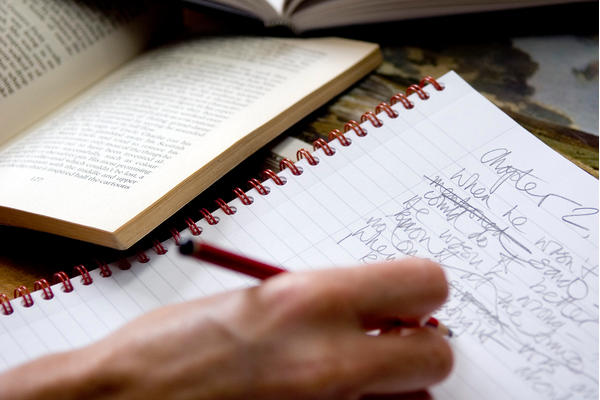 With that in mind we would like to use National Authors Day to invite you to write. To have a go at NaNoWriMo by either looking at the website or making some sort of contract with yourself to simply write 1000 (or 1667) words every day, to see what emerges, what direction you find yourself surprised to take, to see what you might produce and what that feels like or does.

It may be that you get distracted by the fridge again, or give up around Bonfire Night or find yourself writing essays about your teenage years rather than the Sci Fi novel you thought you wanted to write. It is impossible to know, we write with our hands not our heads and what comes out is never what is planned although it is usually better. Some people believe that the hardest part of the craft is both remembering and trusting that fact. That with sitting down and just doing it.

So, National Authors Day, if you are interested in such things and fancy writing, November 1st is a good day to start. November the 2nd (forget the Bisons) a good one to continue. Once you start, just keep writing. And if you want to, let us know how you get on.

If you are a committed writer and keen to further develop your writing skills, find out more about our MA Creative Writing and Publishing programme. 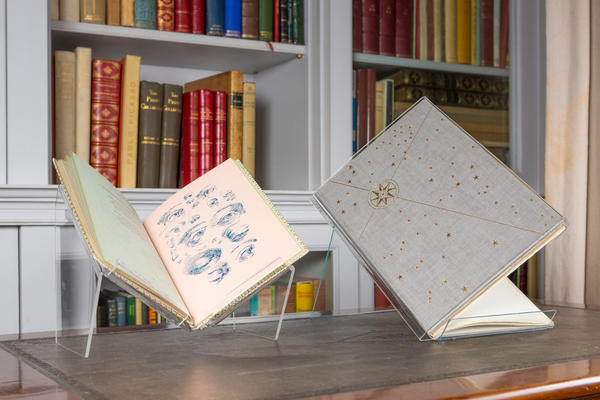 A Life in Writing

Why mention this? Well because West Dean College of Arts and Conservation is about encouraging and facilitating creative endeavour. Edward James our founder was an incredibly prolific and versatile writer, perhaps someone who would have both appreciated and envied the notion of writing quickly. The Archives of the Edward James Foundation, housed at the College, contain an astonishing amount of writing by James. Beyond his official published works, it is dominated by an enormous trove of correspondence with some of the most notable cultural figures of the 20th century: Leonora Carrington, Salvador Dali, Rene Magritte, Edith Sitwell, and many others.

Having started composing poetry at Eton College, James published his first collection of poems at Oxford in 1926, when the author was only nineteen years of age. He went on to establish his own publishing imprint, The James Press, and in the early 1930s would publish over a dozen titles, often working with noted artists and illustrators such as Rex Whistler, Edward Carrick, Pavel Tchelitchew, and Oliver Messel. The James Press would also publish the first collection of poetry by John Betjeman, a friend from Oxford, entitled Mount Zion or In Touch with the Infinite (1931).

James would also work outside his own imprint, and in 1937 published a novel, The Gardener Who Saw God, through Duckworth in England and Scribner’s in the United States; and in 1941 another collection of poetry, The Sight of Marble, was published by Julian Messner in New York.

James’s publishing history is complex and idiosyncratic, often being produced under pseudonyms (Edward Selsey and Edward Silence among them) and reflecting his habit of ceaselessly revising books over many years. James explained his methods in a 1934 ‘Apologia’:

"It has been my practice with works that I have been unable to complete or which, when materially completed, have still appeared to me open to substantial improvement, to take advantage of my pleasure in fine printing by experimenting with such manuscripts – so out of such unsealed, unconsummated matter, I have tried to produce books which in their illustration and general production may achieve a degree of merit which the text itself may not yet have attained. Of such books I have had only a very limited number of copies printed, and instead of issuing them all, at once, for sale, I have thought more fit (after giving one or two copies to my intimate friends) to lay them by in my cellars as one lays up a stock of wine, to wait for it to arrive at such period when it can at last be reviewed in retrospect and drunk in that state of mature fermentation which only the patient years give. If this work had been left in its manuscript state I would have undoubtedly destroyed it, disheartened. The apparently extravagant principle has a reason and a method more thorough than might first appear to the ordinary run of commercially minded critics. For I get thus a view in complete perspective of my writing, seeing that when I take it out again after a few years I can gauge and observe it as I could otherwise only with the books of others. I am then able to produce from the ébauche a more perfected result, to be offered eventually to the larger world. Thus I would have you believe that it is rather from reticence and deference [diffidence] than from any inflated estimate of the value of my writing, that I produce these limited and private editions."

One can see even from this short note that, as well as being prolific, James’s creative process always remained open to future possibilities – much like the endlessly growing series of concrete structures he began to build at ‘Las Pozas’, his ranch in the Mexican jungle outside the town of Xilitla. Even as the

Lavish editions of the 1930s fell away into what John Lowe would call the ‘roadside publishing’ of later decades – writing on the move, making use of various city printers on his endless travels, producing pamphlets and chapbooks – James’ written output increased.

As well as innumerable unpublished fragments of poetry and prose, he continued to compose copious letters to friends all around the world, many unsent, essentially taking the place of an autobiography that would never be written. The Archives at West Dean contain much of this material and, it is hoped, further research will allow us to appreciate the full range of Edward James’ writing and understand more fully how it represents his unique creative voice.

Whilst convention might suggest we notice the finished work of an author it is often worth giving a little attention to both the process by which they got there (false starts, distractions and abandoned drafts included)  and (as Edward James’s archives illustrate) the range of work that emerges when someone simply ‘does the work’. The key seems to be to commit to work; nobody knows what will emerge once that work begins, we just know something is produced.

Find out more about studying on the MA Creative Writing and Publishing programme at West Dean College of Arts and Conservation.

Why not come to our next Open Day on Saturday 8 February 2020? Find out more and book your place online.