An inspiring area within the Walled Garden, heaving with fruit, vegetables and cutting flowers. Beautifully laid out in a classic Victorian design.

This was the original "top ground" or upper kitchen garden, with the current layout developed in the 1990's. A classic Victorian design is used with two cross paths bounded by a perimeter path producing four central beds and a series of borders at the base of the surrounding walls. The central beds are the main growing areas for annual crops and operate on a four course rotation of potatoes, brassicas (cabbage family), legumes (pea family) and salads and root crops. The potato quarter is manured and double-dug each year as it moves around the rotation. The wall borders accommodate perennial crops with soft fruit in the westernmost; asparagus, rhubarb, seakale, and globe artichokes etc in the easterly; and auriculas, lily of the valley and cordon currants and gooseberries in the southern. 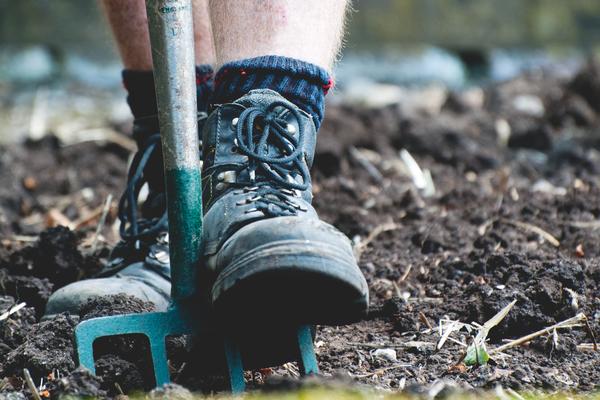 The warm, south facing border is reserved for bringing on early spring crops, heat lovers like herbs for summer, then late crops in the autumn. The central flower border was a common feature of the Victorian Garden layout, being both decorative and another source of material for the voracious demands of the house. At West Dean it is known as the "hot border" with its full pomp of scarlet crocosmia, orange dahlia and yellow kniphofia in mid-summer.

The pear tunnel and the espaliered apples and pears at the rear of the border give height and structure to the site in the early part of the year. 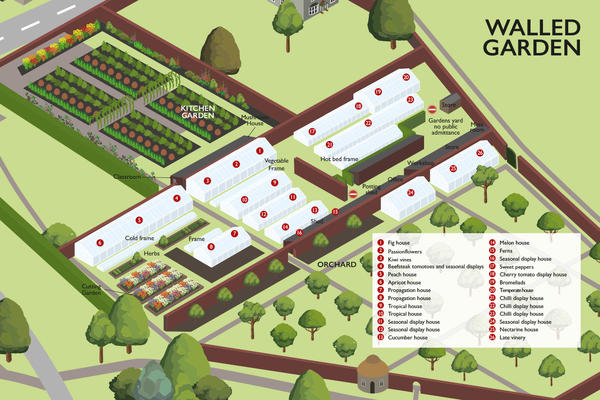 Map of the Walled Gardens

Plan your walk around the Walled Gardens and Glasshouses with our map, showing what is planted and growing in the different areas.

Download the map of the Walled Gardens and Glasshouses