Pay What You Decide
Register Now

Join us for this Sunday afternoon Salon Imaginaire in the Old Library, for music by Alison Crum and Roy Marks.

Alison and Roy play music from the 16th to the 18th century and they have collected a large number of copies of early instruments - all of which they play. As members of The Rose Consort of Viols they have recorded many CDs of English consort music, and as teachers they are popular on courses and workshops in the USA and in Europe.

This is a Pay What You Decide event. Please register to book your seat.

Season tickets for £30 are available in advance following this link and include entry to all five concerts. 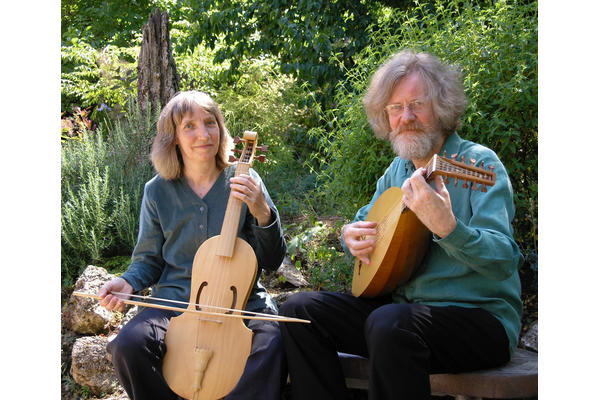 Alison Crum is one of the best-known British exponents of the viol; a teacher, performer, and moving spirit behind several well-known early music groups. She is President of the Viola da Gamba Society of Great Britain, Professor of Viol at Trinity Laban Conservatoire, and a visiting teacher at several colleges, including West Dean College of Arts and Conservation, where she regularly works with the in-house student viol consort.

Roy Marks has a background in art, and was awarded the prestigious David Murray scholarship for landscape painting by the Royal Academy in London. He now devotes his time to the performance of early music, as well as editing, arranging and composing new repertoire which further explores the possibilities of the specific early music forms to which he is drawn.

Pay What You Decide

PWYD works by enabling audiences to attend shows without paying for a ticket beforehand, but tickets can be reserved prior to a performance. Then on exiting the show, you have the opportunity to pay what you decide you want to, or can afford to, based on your overall enjoyment of the performance.

Please ensure you have arrived and collected your tickets 15 minutes before the show starts in order to secure your seats.

At the end of the show, you can decide what to pay, by cash on the door. Suggested price bands of £5 and £10.