The Estate that includes West Dean College and West Dean Gardens is situated a few miles north of Chichester on the western South Downs, stretching 6 miles.

Two major valleys run through it, the now dry Chilgrove valley and the winterbourne Lavant valley. The hills on the Estate are rounded with steep slopes and consist of middle and upper chalk interspersed with patches of clay with flints. Most of the land is classified as Grade III for agricultural purposes. The altitude ranges between 38 and 280 metres above sea level. Frost and salt-laden winds affect tree growth, and sunshine levels are reduced by mist hanging in the coombes.

Autumn 2019: Ash die back (a fungus that affects Ash trees) is rife across the South East and West Dean is badly affected.
We are taking proactive action to deal with it sensitively and effectively and work is already underway across the Estate.

Walks Around The Estate

A good network of public footpaths and bridleways makes the West Dean estate an inviting prospect for those who enjoy exploring on foot and this downloadable booklet contains six walks to give you some ideas. One route is also suitable for exploration by cyclists and horse riders.

We ask visitors walking on public footpaths through the estate to please ensure dogs are kept on a lead. The land is not only a beautiful place to walk, but home to grazing sheep.

There are almost 150 houses on the West Dean Estate. The majority are located in and around West Dean village with smaller numbers in the outlying hamlets of Binderton and Chilgrove and some more isolated properties spread throughout the remainder of the Estate.

In addition to the Estate-managed properties there are 18 additional houses of varying sizes managed by Hastoe Housing Association. For more information and eligibility please visit Hastoe Housing. 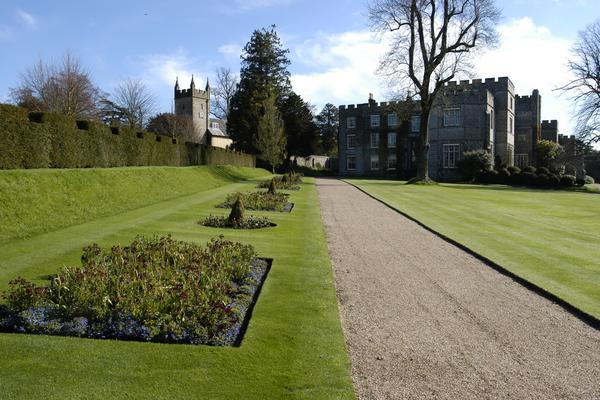 The Estate contains a variety of habitats. Houses, barns, workshops, studios, sheds, garden and Park walls, church and churchyard all provide urban habitat. Freshwater habitat varies during the year since the River Lavant which flows through West Dean is a winterbourne, typically flowing during the winter months only and drying out each summer. A few small ponds dotted around the Estate and a relatively new wildlife pond within West Dean Gardens provide year round freshwater habitat. Woodland habitat is varied, with scrub, coppice, coppice-withstandards, yew, yew and ash woodlands, mixed broadleaf and conifer, pure conifer and high forest beech all occurring.

Although many of the plantations are of even age as a consequence of re-establishment after the 1987 and 1990 storms, the Estate taken as a whole provides trees of a range of ages and consequently a range of habitats. Hedgerows, shelterbelts, ornamental clumps, parkland trees and specimen trees in the Gardens and Arboretum complement the larger commercial plantations whilst old watered meadows, chalk downland, chalk heath, grassy road verges, improved pastures and fields of arable crops provide further variety of habitat.

The diversity of wildlife reflects this variety of habitat. The Estate is rich in fungi and flowering plants, particularly orchids, and lichens, bryophytes and ferns. It also supports a large invertebrate population, including flies, bees, grasshoppers and butterflies. Many species of mammals, small birds and raptors occur on the Estate, notably water vole, badgers, three species of deer, various tit species, ravens, buzzards, kestrels and red kites. Moderate populations of reptiles and amphibians also occur.

The development of the landscape from prehistoric times to the present day has been studied in detail and reported in a number of publications and scientific journals. 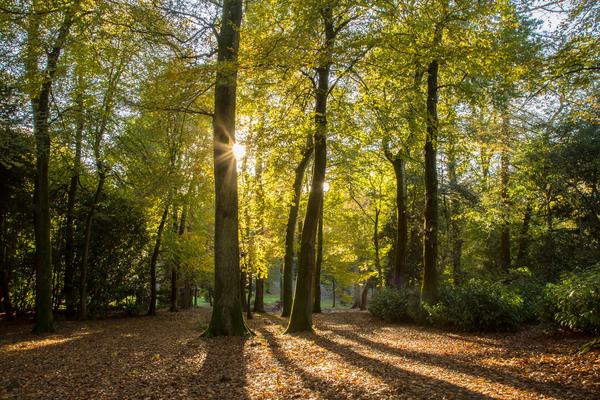 Within the 800 hectares (2,000 acres) there is a wide variety of plantations including conifer-hardwood mixtures with an intended hardwood final crop (usually beech), and some pure conifer areas.

The 1987 and 1990 storms had a catastrophic effect upon the Estate, devastating nearly 400 hectares (1,000 acres) of productive woodland. We replanted several million trees and in certain areas broadleaf natural regeneration has been encouraged. This reforestation was wholly funded by the sale of windblown material and Forestry Commission grant aid.

A woodchip-fired biomass district heating system, constructed in 1981 and fuelled entirely by sustainably produced thinnings from the Estate woodlands, now heats the College, its ancillary buildings and annexes, the village church, the Gardens Shop and Restaurant, the Sussex Barn auditorium and textile studio, the Old Dairy workshops, glasshouses in the Walled Garden, an outdoor swimming pool and nine Estate houses.

The woodlands produce chipwood for three other biomass heating plants in the area.

All of the heating and hot water needs of West Dean College (and parts of the village) are met entirely, and on a sustained basis, by using wood fuel grown on the West Dean Estate. The biomass district heating scheme was one of the first, and remains one of the largest of its kind, in the UK.

Demand at the College for heating and domestic hot water is high, around 2.5 million kilowatt hours per year. In the early 1970s, when the College was being developed, the heating came from 50 year old coke-fired boilers which had been converted to oil in the late l950's. These were extremely wasteful, operating at about 40-45% efficiency. Periodic flooding in the boiler house from ground water was also potentially hazardous, the boiler being located within the house complex. By the late 1970s electric night storage heaters had to make up the heating deficit and it soon became clear that this highly inefficient system would not cope with the increasing demands of student accommodation and the growth of the College.

The Trustees commissioned a survey into new heating systems and all forms of fuel were considered. Wood fuel appeared to be the most viable possible alternative. It was estimated that to heat and provide domestic hot water for West Dean College would need approximately 1,000 tonnes of wood fuel per annum, and a study confirmed that this annual yield could be sustained. The Estate has 2,000 acres of woodland.

Advantages in using wood as a fuel source:

Wood is a renewable and sustainable source of energy. Trees grow using the energy of the sun to fix carbon from the atmosphere. The woods have a sustainable yield of timber which can be harvested indefinitely without depleting the resource in any way.

The plant processes 1,200 tonnes of chips per year. The chipyard can be used to store nearly two months supply of fuel wood should this be required, although the current practice is to have a year's supply stacked, drying naturally, in strategic locations throughout the Estate.

The underground mains feed not only the College, five large student residences, 6,000 square feet of new teaching and exhibition space, but also the glasshouses in the walled Kitchen Garden, nine Estate houses, the Gardens Visitor Centre, an outdoor swimming pool, and even the village church, said to be the warmest church in the south of England!

After 27 years of successful operation, the Foundation has replaced one of the two biomass boilers with a modern state-of-the-art boiler having an output capacity of 1,200 kilowatts and an efficiency rating of 92%. The Department of Energy and Climate Change provided a valuable grant towards the capital works.

Edward James died only three years after the wood-fuelled district heating scheme was commissioned, but the project echoes the spirit of the man and his far-sighted vision; an ecologically sound and sustainable concept, contributing to the caring stewardship of his beloved woods and trees, and a thoughtful use of the Estate's natural resources.

West Dean College and Gardens are part of a registered charity and relies on the support of generous donors, friends, legacies to help us deliver world-class education in conservation and the creative arts and maintain our award-winning gardens.

Find out how you can help support us